Some may well ask what is EMMO, and what does this acronym have to do with Shakespeare’s World? To give a short answer first, EMMO (pronounced “eh’-moh” not “ee’-moh”) stands for Early Modern Manuscripts Online.

Essentially, EMMO is a broad paleography project funded by a grant from the Institute of Museum and Library Services (IMLS) and based at the Folger Shakespeare Library in Washington, DC. EMMO has two main goals, the first of which is to build a compilation of vetted transcriptions to accompany images of manuscript pages from the Folger’s collection. To give an idea of the numbers involved, EMMO currently has over 41,000 images to transcribe and encode. The second — but certainly not secondary — goal of EMMO is to promote the general study of early modern paleography. Serendipitously, Zooniverse was branching out from the sciences and looking into the humanities at about the same time that the EMMO project began, so a crowd-sourcing website pertaining to paleography and enlisting the skills of citizen humanists seemed an excellent way to accomplish many goals at once.

In early 2015, members of the respective EMMO and Zooniverse teams reached an agreement about the site, and development work began in earnest over the summer. By September of 2015, we were ready to try a limited alpha test.

Something we discovered during the alpha was a way to make the Shakespeare’s World transcription interface match the way paleography is taught and practiced at workshops and events sponsored by EMMO, such as transcribathons. Taking a cue from the Folger’s online transcription tool, Dromio, and the list of common abbreviations in our “Alphabet Book,” the Zooniverse team crafted a substantial number of shortcut buttons to help citizen humanists transcribe these shortened forms quickly. 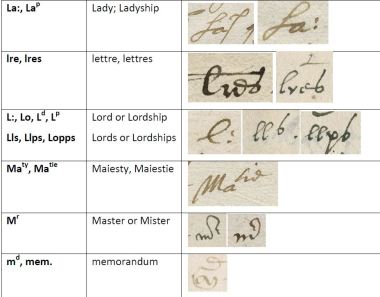 Feedback was received from the alpha, observations made, and a beta test followed in November. One of the suggestions was to have sample alphabets available for users on the site. The EMMO team found examples of individual letters, both minuscule (lower case) and majuscule (upper case) and sent these to the Zooniverse team who integrated the alphabets into the main interface.

Originally, manuscript page images from a wider variety of genres were planned for the launch, but we decided to focus on just two genres for the start, specifically letters and recipes, as these materials would likely be more recognizable, and the Folger’s entire collection of these genres could be included. In all, the EMMO team identified and transferred just under 8700 distinct images to Zooniverse for the launch. So far, we been pleased with the way users have taken to these manuscript pages so readily! The discussions on “Talk” have been quite lively and most interesting.

In the months ahead, we plan to transfer additional genres of manuscript images from the Folger collection to Shakespeare’s World, including miscellanies, literary works, newsletters, diaries, coats of arms, sermons, and more. Watch for announcements in 2016.

After we receive aggregated transcription data back from Zooniverse (a conglomeration of the contributions by all the citizen humanists on Shakespeare’s World), the EMMO team will check the data and encode the transcriptions into TEI-P5 compliant XML that will eventually be fully searchable via the free, online EMMO database. When this database is implemented later in 2016 or early 2017, scholars and the general public will have much greater accessibility to these rare manuscripts and a new research tool for analysis.

For more about EMMO and our transcribing events, see the links below:

We may try to do some virtual or in-person (or combination) transcribathons with the Shakespeare’s World community of citizen humanists in 2016, so stay tuned!

Paul Dingman is the Project Manager for Early Modern Manuscripts Online at the Folger Shakespeare Library. Cultural History and the Digital Humanities are among his interests.
View all posts by pding001 »
« Previous post
Next post »